Take Your Practice to the Next Level:
An Exploration of Top Mediator Behaviors/Techniques and What Leading Research Says are Most/Least Effective

Each year at our conference, we have featured an additional set of workshops we call the Advanced Track Series. These three workshops are intended for the more experienced mediator, in a smaller setting, where participants will develop a colloquial feeling among each other as they dialogue during the day.

There is an extra cost for this series and includes all three workshops. We are very proud that the American Arbitration Association has taken the lead in developing these exciting and thought-provoking workshops.

This year’s Advanced Track will provide an overview of seminal findings and ‘take-aways’ from key research studies in the mediation field including the American Arbitration Association (AAA), the American Bar Association (ABA), and others. The program will encompass a discussion of seven (7) specific mediator behaviors and techniques that parties and advocates find both appealing and unappealing, effective and less effective, as identified and informed by these cutting-edge studies. Through video and live demonstration you’ll see a diverse group of seasoned neutrals and advocates demonstrate techniques for managing impasse, building trust, and facilitating un-coerced agreements. You’ll observe neutrals confronting common issues…sometimes using controversial techniques. We’ll examine these techniques in the light of recent studies in determining whether they are helpful, neutral or hurtful to process and participant outcomes. We’ll discuss how one might respond and invite critique of specific techniques. We’ll also provide tips on how best to utilize specific techniques in direct negotiation and mediated settlement negotiation settings.

Each Advanced Track focus session will be led by experts in the field of Family, Employment and Commercial law. These discussions will provide an opportunity for mediators and advocates to interact in facilitated dialogue and create a unique environment to enhance your skills, knowledge and understanding of direct negotiation and third-party mediation processes.

7 Specific Mediator Behaviors/Techniques Studied and to be Dissected in this Advanced Track:

The 7 specific mediator behaviors/techniques depicted above will be broadly explored and narrowly applied within the context of each Focus Session so as to appeal to all mediators in the noted practice sectors. Importantly, faculty will outline techniques for counsel can work most effectively in partnership with mediators to achieve favorable outcomes using the specific behaviors.

Meet the Speakers and Moderators 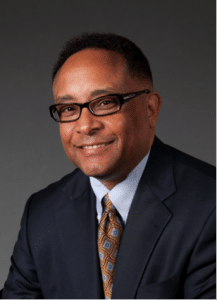 A former multi-disciplinary project manager and complex litigation attorney, Harold’s mediated and arbitrated multiplied hundreds of litigated and non-litigated disputes over a 30+ year legal and ADR career. His formal education encompasses studies in civil engineering, business, real estate and law, leading to the academic degrees of Bachelor of Science and Juris Doctor. He is a former member of the AAA’s international board of directors, a Fellow of the College of Commercial Arbitrators (CCA), and currently officer/director for the International Mediation Institute (IMI).

He is program co-chair for the American Bar Association’s 2018-2019 Advanced Mediation & Advocacy Skills Training Institute. He is a recipient of the State Bar of California’s Distinguished Service to the Legal Profession citation and was nominated, vetted for, and profiled in the National Law Journal’s Legal Times as an ADR Champion for 2017. Most recently, Harold was conferred the American Bar Association Section of Dispute Resolution’s 2018 Chair’s Distinguished Service Award. Harold serves the global ADR community from the Association’s Southern California and New York offices. Michael J. Bayard, Esq., is a full-time Construction Arbitrator, Mediator, and Project Neutral. He is the founder of Dispute Resolution Services, which performs dispute resolution work exclusively for the Construction Industry. Mr. Bayard has served as a Neutral in over 350 construction disputes. He has been involved in virtually every conceivable type of construction project, including single-family homes, planned residential communities, apartments and condominiums, shopping centers, industrial projects, commercial office buildings, and local, state, and federal public works projects. He has handled virtually every type of construction claim—including breach of contract, extra work, delays, mechanic’s liens, stop notices, errors and omissions, and payment disputes.

Prior to becoming a full-time neutral, Mr. Bayard was a practicing construction lawyer for twenty years. He has been the National Chair of the Construction Law Departments at two of the largest law firms in the United States, Chicago’s Sonnenshein Nath & Rosenthal (1994-1999) [Now Denton’s] and San Francisco’s Pillsbury Madison & Sutro (1987-1994) [Now Pillsbury Winthrop]. Mr. Bayard also was an Adjunct Professor of Construction Management in USC’s Graduate Program in Real Estate Development for 20 years. He is a Past Chair of the Construction Law Subsections of both the California State Bar and the Los Angeles County Bar Association. He is the author of over forty-five publications on Construction Law and Construction ADR topics. Mr. Bayard is a 1976 Phi Beta Kappa graduate of the University of California at Berkeley. He is a 1979 graduate of Hastings College of the Law, where he was Associate Executive Editor of the Hastings Law Journal.

Mr. Bayard and his wife, Randy, have four children and eight grandchildren. They reside in Valencia, California. 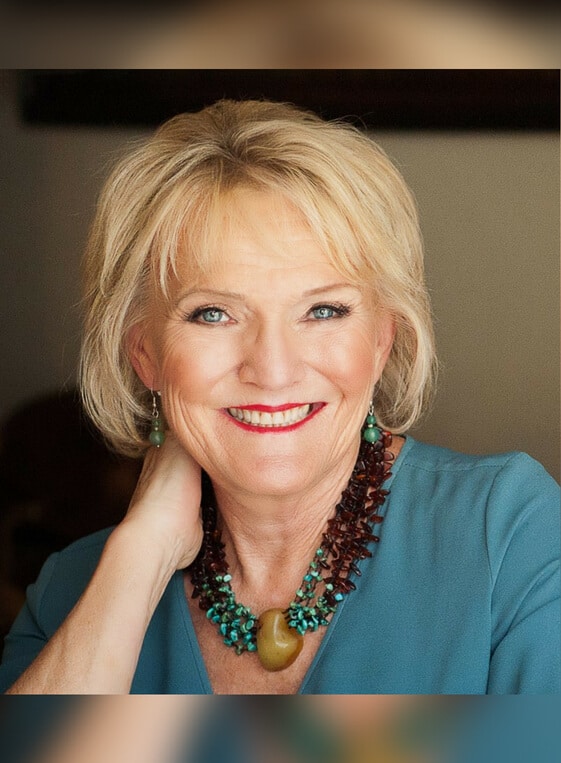 Debra served as the President of the California Association of Rehabilitation Professionals (CARP) when the Americans with Disabilities Act (ADA) was passed and on the Board of Directors when major changes to the California Workers’ Compensation were enacted by Legislature in 1994. Since then, she was featured in Newsweek as one of San Diego’s top psychotherapists, recognized by the Los Angeles Federal Executive Board for her workplace mediation expertise, and distinguished as a leader in dispute resolution by the Southern California Mediation Association (SCMA) and the Association for Conflict Resolution (ACR). She served nationally as the Workplace Co-Chair and Newsletter Editor for the Workplace Section of ACR. She was also President of ADR-San Diego. In 2016, she was recognized as one of the top ten trainers globally by training participants through training programs at SkillPath Corporate Strategies. She has served as a Professor for Cal Western School of Law in ADR, National University in Conflict Management Systems, and at Ryokan College in the field of psychology. She is slated to teach on the Psychology of Conflict for USC’s Gould School of Law in 2020.

Today, Debra is the founder and president of Relationships at Work, Inc., a consulting practice founded in 2011 serving organizations and the professional community on the psychology of human dynamics. Susan Guthrie, Esq., a nationally recognized family law attorney and mediator, has been helping individuals and families navigate separation and divorce for 30 years. Susan is an online mediation expert with a fully online practice. She founded Learn to Mediate Online which provides training in the ethical and practical considerations of implementing an online platform to other mediators and other professionals. In addition, as a leading dispute resolution professional, Susan is proud to be the incoming Co-Chair of the American Bar Association’s (ABA) Section of Dispute Resolution’s Mediation Committee and to serve on the Board of Directors of the Southern California Mediation Association (SCMA).

Susan founded Divorce in a Better Way, Inc., a family law mediation firm that assists divorcing parties world-wide by providing online mediation services and online legal coaching services Susan is also the co-host, with Rebecca Zung, Esq., of the iTunes Top 10 podcast, Breaking Free: A Modern Divorce Podcast, which approaches divorce from a fresh new forward thinking perspective. The podcast has had more than 1.5 million listens in a year! 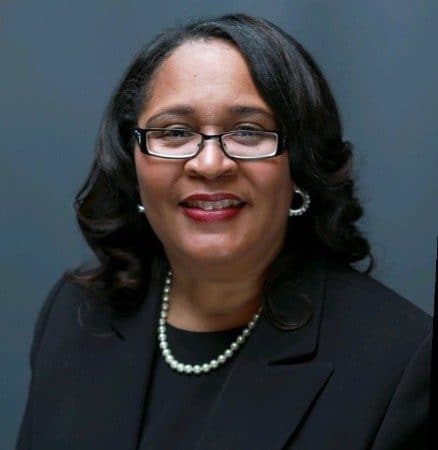 Rebekah Ratliff, President of Capital City Mediations LLC, is a credentialed insurance expert with over 25 years of experience as a former claims’ professional, responsible for evaluating, negotiating and settling complex casualty claims loss matters, nationwide and internationally. Rebekah managed and held the authority to evaluate and negotiate multi-million dollar claims with settlements totaling in the millions.

Rebekah is registered with the State of Georgia Office of Dispute Resolution as a civil and domestic Mediator and Arbitrator. Capital City Mediations, LLC is a national Mediation, Arbitration and Consulting firm serving all 50 States and the Caribbean. Rebekah is a member of the American Bar Association, serving as the Co-chair of the Diversity Committee for the ADR Section. She holds positions with the National Bar Association as the Secretary of the ADR Section, and Advisory Board member for the Small Firms/Solo Practitioners’ Division.

She is a highly sought after Presenter, Panelist, and Lecturer in the insurance and legal industries. Rebekah is a recipient of various prestigious awards to include, the 2016 President’s Volunteer Service Award, the 2017 Gwinnett Chamber of Commerce Pinnacle Award, and National Bar Association Outstanding Service Award (2017 and 2018). Rebekah was awarded the Light of Life 7th US District Congressional Award from Congressman Danny Davis in 2018.

Rebekah is a native of Chicago, IL, and graduate of the University of Illinois at Urbana, holding a B.A. degree in the discipline of Psychology. She is based in Atlanta, GA and operates internationally. From 1982-1992, Gregg Relyea, Esq., practiced general civil litigation handling both plaintiffs and defense cases as a partner with the San Diego Law Firm of Higgs, Fletcher & Mack. In 1992, Mr. Relyea entered the field of alternative dispute resolution (ADR) by joining the Bates/Edwards Group, a private mediation firm based in San Francisco. From 1994-1999, Mr. Relyea served as one of the first attorney mediators for Judicial Arbitration and Mediation Services (JAMS).

As a private, full-time neutral, Mr. Relyea has mediated and arbitrated complex commercial, employment, and insurance cases for 27 years. He has served as a member of the American Arbitration Association Panel of Distinguished Mediators, the Association of Conflict Resolution–Educator/Practitioner, and the American Bar Association Section on Dispute Resolution.

Mr. Relyea has authored numerous professional publications on the topic of conflict resolution, mostly recently a comprehensive practice guide entitled Negotiation, Mediation, and Dispute Resolution–Core Skills and Practices. He also has co-authored three illustrated children’s books about conflict resolution skills with Dr. Joshua Weiss, co-founder of the Global Negotiation Initiative at Harvard University with William Ury. The children’s books are the first to be featured as resources on the website for the Harvard University Program on Negotiation (PON).

Mr. Relyea is a frequent presenter and guest lecturer at mediation conferences and programs, including the 2018 International ADR Summit in Delhi, India, where he was a program moderator, trainer, and special valedictory speaker (closing the conference).

Mr. Relyea also serves as an arbitrator and, in the employment context, as a workplace investigator. Nancy Chausow Shafer, Esq.,is a principal in the Highland Park IL firm, CHAUSOW SHAFER, PC, concentrating in Matrimonial Law, including Litigation, Mediation and Collaboration. She is a fellow of the American Academy of Matrimonial Lawyers and has all the usual SuperLawyer/Leading Lawyer accolades. A focus of her energies is to increase the education of professionals and the public on options for the divorce process, including Collaborative practice. Nancy is a frequent presenter and organizer at CLE programs. Nancy is also the California, Illinois and Minnesota sales rep for Family Law Software, a Platinum sponsor for this year’s conference.